A few years ago I joined a coaching program to help me increase my income and in the process I ended up changing careers. As many coaching programs out there, its main philosophy was that we are 100% in control of our lives. Work hard, no, work harder, set a goal, do everything you can to achieve it, and BOOM! You will make the impossible happen.

It worked. I increased my income exponentially, got a brand new career, overcame a bunch of self-limiting beliefs, and made new friends. I felt on top of the world. But one thing was always a bit puzzling to me...I kept meeting people who had been in the program for years - some for over 20 years! - and they were always chasing a new goal, never seemed to fully like themselves, and some were on a roller coaster of success, failure, success, failure, success... 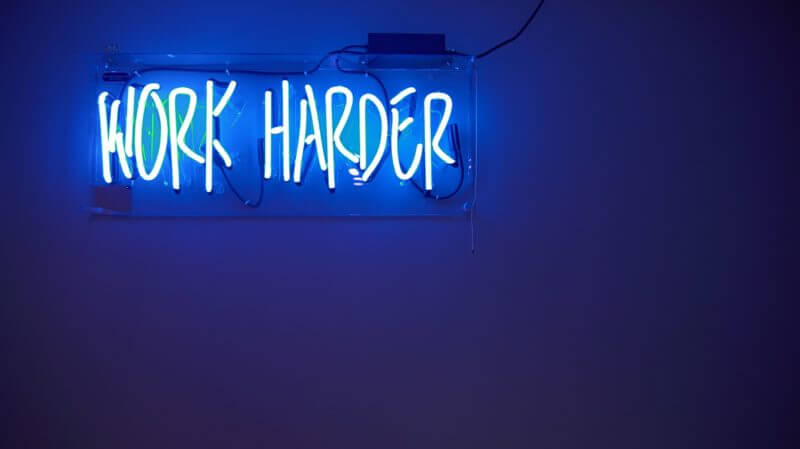 Then the inevitable happened: I was faced with circumstances I couldn't control, all my hard work did not bring about what I wanted - even though I had done everything "right" - and the old feelings of having to achieve something to give my life meaning again started to push me towards doing more, more, more. I was exhausted. There was no evidence that all this planning and doing and striving was making the participants in the coaching program happy in the long term. Instead it seemed to me to be having the opposite effect, creating a bunch of overachievers who were chronically unsatisfied with what they had, striving to be better, have more money, make a bigger impact, improve their relationships, find a relationship, and on and on, in an endless chase for meaning, barely holding on to joy.

No, thank you. I am getting off this ride. I never liked roller coasters anyway.

But what is there to buy into if I am not 100% in control of my life? As everyone who tried one extreme, I found myself toying with the opposite end of the spectrum, which in this case is of course fatalism. A fatalist is that type of human being who believes she has no power to make anything happen, especially when it's something she cares about. There are two main types of fatalists: I grew up surrounded by one in particular. In my hometown plenty of people gave up on their dreams before they even tried to achieve them. Like the friend who by the end of high school had already decided to go work for his uncle because anyway no one ever gives you a chance based on merit, so why even try. Or the other one who had resigned himself to study something "practical," because, let's be realists, who ever has a job they really like? It's just a job after all, might as well get one that pays well.

Then there is the second type of fatalist: she had hopes and dreams - only to see them shattered as she went after them. After believing in herself and the world, only to find disappointment and betrayal, she retreated in a cage of her own making, vowing to never again put too much hope in her dreams and staying away from any endeavor whose failure might be too painful to endure. She is not happy, but at least she is OK. Being resigned is not too bad, except when that sharp feeling of wanting to do something meaningful pokes her in the stomach.

Fatalists finds lots of support for their idea that we are not in control - from the latest science showing free will might not be so free after all, to insurmountable inequality, to random catastrophes that destroy people's plans, to specific religious beliefs that they interpret to mean only God decides what happens. It all feeds the belief that there is no point in trying, unless you want to end up miserable and broke.

I have to confess, for a while, after the roller coaster ride of taking 100% responsibility for everything, it was nice to try the complete opposite approach. F*** everything, I am not in control, I won't even try. It didn't feel too bad, in fact, I thoroughly enjoyed it for a while: I was able to take care of myself, open up to new events, relationships and ideas, and felt supported and at peace for the first time in a long time. Until of course I didn't. Until nothing was going to happen unless I decided what I wanted and got off my butt to take deliberate action.

The older I get the more strongly I believe we have so much more control on our lives than we think and at the same time we have no control at all. And changing careers successfully is all about inhabiting this space and having fun in the process. Let me explain.

One of the best and worst beliefs in American society is the idea that one's success is based on merit. On one hand, believing that your efforts will be rewarded is absolutely indispensable to taking action. On the other hand, this idea is being used to blame those who have not done well for themselves - their lack of success becomes proof of their failure to do the right thing, and therefore proof of their character flaws. I heard a speech once by a man who experienced a bout of homelessness and was able to dig himself out. It was inspiring to hear how he didn't give up, created a business while sleeping in his car, and ended up making enough money to get a place and then increase his income to a comfortable level. But then he shared how he thought if other people stayed homeless or poor it was because they didn't work hard enough. It was all about how great he was, and how you too could be great, if you just wanted it bad enough and took the right steps. I couldn't help but feeling very sad for him: sooner or later something will happen in his life that he will not be able to stop or solve, and if he continues to think everything is of his own making, he will end up blaming himself for whatever hurtful event life throws his way, possibly even spiraling into depression or low self esteem.

On the other hand, I have met too many brilliant people who got stuck because they did not believe they could make a difference: they usually say things like "I don't have enough money," "I am not good at marketing," "I am not like you," and live their lives unhappy and disempowered. If they actually tried, they would discover there are a lot of things they have control over, can learn, or are not as tough as they thought. They end up being their worst enemies, holding themselves back while thinking it is the world that is doing it to them.

What works in life is to have both courage and compassion at the same time. Do you want to change careers? Have the courage to be uncomfortable, stretch, take action, act as if your career change depended on you. And have an equal amount of compassion for yourself and others. As powerful as you are, there are so many variables and forces at play that you cannot control the outcome. You can put 110% into your career change and things might not go the way you want them to go. Have lots and lots of compassion for yourself then. Do your very best, and be receptive to what is happening around you, other people's needs, and the forces shaping our world and communities. The important thing is to enjoy the process, while always accepting and loving ourselves through all our triumphs and failures. 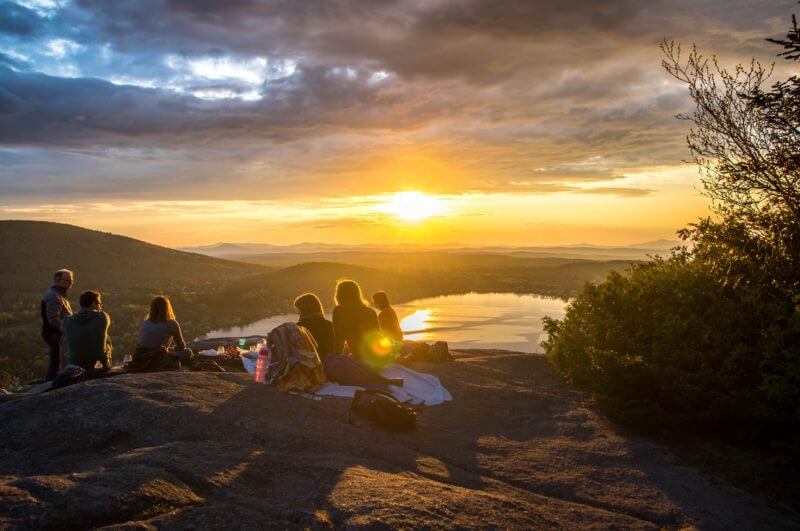 A few years ago I met an amazing group of people dedicated to the spiritual life and for the first time I saw individuals who accepted themselves fully, were not trying to feel better by pursuing outside goals or objects, and also enjoyed life and were fulfilled. How was this possible? I always imagined that level of inner peace was something one could only attain at the highest levels of enlightenment. This is what I want, I thought to myself. But how do they do it? I stuck around, week after week, year after year. I wanted to know this was real, long term, the type of transformation many programs promise, but only deliver for a short amount of time.

What I found is that they embraced the dance between the individual and the rest of the world, free from the duality of what you want vs what is out of your control, free from trying to achieve things at all costs, while also setting intentions and taking action. They understood that we are all perfect the way we are, and growth is not about achieving worth or status, we are all already worthy and status doesn't matter. They showed me that our perception of being separate is an illusion, and therefore the idea that we are in control vs the world is in control is an illusion as well. It is all One, and as we transcend our ego-illusion, we can step into the flow of life.

The secret to changing careers?

Above all, keep a balanced approach: Michael A. Singer has a beautiful chapter about the Middle Way in his book, The Unthetered Soul. He explains that when we exert too much energy in one direction, just like a pendulum, we will then bounce back in the opposite direction. The secret of life is just like that of the pendulum: when in the middle, the pendulum doesn't move. So when you find your center, all the energy you used to expend "swinging" from total control to resignation will become available to you to be in a dance with life. Then you too will transcend duality, and will be able to find a career you love and that others want to support, because the only goal worth pursuing is the one you share with the world around you.

My clients often remark that our work together impacts much more than their finances, business, or career: it changes their lives.
Together we shift things at their core.

Learn more about working together →

More from the Blog